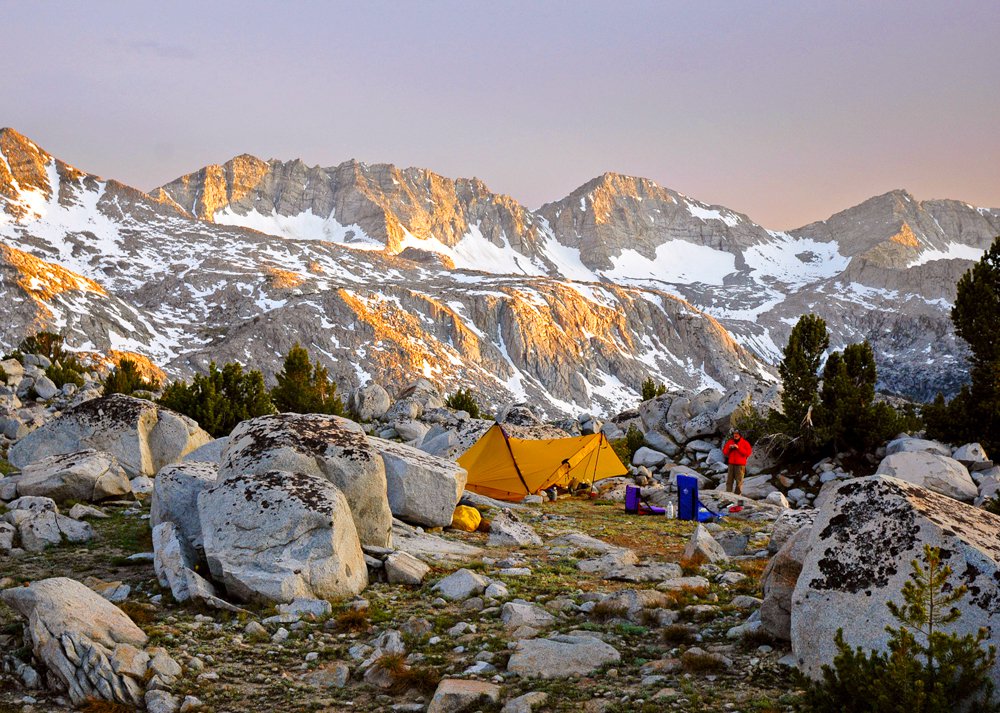 The man behind Mystery Ranch and many other iconic outdoor packs, Dana Gleason [EP 211]

The man behind Mystery Ranch outdoor packs, Dana Gleason, has seen many pack trends and brands come and go during his forty years of designing and sewing outdoor packs. Several of the brands were his own, including Kletterwerks, which he started as a young ski and climbing bum in 1975, later revived by Dana’s son in 2012. In the late 70s and early 80s, Dana and business partner, Renee Sippel-Baker, threw their creative energy into Mojo Systems and Quest camera bags. Dana’s namesake brand, Dana Design was established in 1985 quickly becoming the outdoor packs to trust for uncompromising durability and a comfortable carry among mountaineers and backpackers. As is often the case with entrepreneurial brands, cash for growth was needed and Dana and Renee ended up selling off their interest in each of those brands. In 2000, after some time off, Dana and Renee once again crafted a small selection of durable packs for a new endeavor, Mystery Ranch.

“The fact that we’ve succeeded in this is more than luck. ‘Luck’ consists of holding on to the good stuff and letting go of the bad,” explains Dana as he recounts his history building outdoor packs. After 40 years, Dana has observed dozens of load-carrying systems come and go. He’s seen trends like the superlight movement catch the interest of consumers and he’s seen the pendulum swing in the opposite direction for professionals whose highest priority is a comfortable carry. As the majority of US factories were shut down, and production moved overseas, Dana has observed quality become inconsistent. He’s seen fabrics and materials evolve from the original thick rust Cordura to the high tenacity lightweight versions available today. All this experience has found significance in the new 2016 Mystery Ranch outdoor packs, which like all of Dana’s packs are Built For The Mission.

It was definitely as a kid and I have to thank my parents. It wasn't purely backpacking, I was raised just outside of Boston and my parents who were florists had their own independent business, a flower shop. They always took time off in the summer, which actually as florists is easy to do. It's a slow time of the year and we would go up to New Hampshire and camp in all sorts of places. For the most part, we were dragging a tent camper and we'd be up there a couple of weeks at a time and doing all sorts of day trips, climbing Mount Washington or Mount Jefferson. It just was normal, very fun. And, then at age 12 they then badly warped me when we did a six week trip across the country, out to the Rockies and then up through Yellowstone. And we got to out with a cousin of mine do some stupid things in the Tetons.

After College, I wanted to stay connected to the outdoors and I had an opportunity to start working at a shop. Admittedly, it was a shop in the Chicago area, which is not exactly what one would think of as, Hey, I'm in the mountains. Right. But basically people in Chicago, they badly need a trip when the opportunity comes up. So, you know, helping out at a shop there, the first year or two got me into what we grandly call show business.

After designing and building outdoor packs for over 40 years, what inspired your first design?

Pain and frustration. I was using the gear of the time and there were some improvements that were clearly needed. I had graduated from using Kelty outdoor packs, and trying to use it for all things including ski touring, climbing and other stuff. And while they are a hell of a pack on the trail, they are a hideous torture machine when it comes to actually trying to do approaches or climb or ski.

I started applying some further thought to that. And this was after I'd been doing a couple of years of mods and custom work and had a decent heavy-duty machine. This was during a time when I was shifting from managing an outdoor store to becoming a sales rep, which was utterly important because you can get great ideas and feedback.

Dana design pack was one of the outdoor packs to have in the eighties and nineties except for the first three years. No one had heard of us. No one wanted to see it, I couldn't get it going in a store, I even tried to hire reps. It was such a unique design.

A person I hired back in 1978 at Kletterwerks as a seamstress that came to work with me and came to become the obvious choice for the manager of the sewing floor. Two years in, we had a rather historic meeting at a picnic table where we had bag lunches and I confessed that “I'm screwing this up. I recognize I'm screwing this up and how do we make this go?” That person's name was Renee Sippel Baker. She then became my business partner through three of these things over the last 40 years.

Mystery Ranch Outdoor Packs has been around for 20 years. What was the inspiration for that brand?

I had no intention of doing an outdoor pack company or even something in the outdoor industry. I still had some sewing machines and my eldest daughter Alice asked me for something that she claimed I hadn't really built during her lifetime, which was a simple hip sack. We had built big, complex ones, ones where you could put 10 kilos on your waist and carry reasonably comfortably, but you needed a few extra straps and you kind of had to operate it. She wanted something simple. So I did three, four days worth of work and it kind of felt cool to be doing something from scratch. I still built something we call lumbar wrap and I handed it to her and she put it on and it worked. And she turned around and looked at me and said, “thanks, dad. That's just what I wanted” with a big smile.

We have some really pretty darn good tricks and the thing going from the birth of Mystery Ranch, which was entirely about getting back into the outdoor industry and working with specialty shops and building outdoor packs that would matter for them.

First off, working in a retail store. You need to not just get into what you would like, but to see what other people are after and how it is to in fact interact with them. It's really kind of necessary to learn what makes the frog jump.

How to Promote Your Podcast